There comes a time in everyone’s life when they reach a point and they have to make a big decision about what the next step will be. Sometimes, these are small decisions and sometimes they are life-changing. For me, these were starting the store, deciding to be a father, and now – to run for political office.

As one person, I can do a lot of good things to reduce my impact on the planet and society. I increased my ‘influence’ by opening the store in 1991. People embraced the opportunity to join me on that step and they reduced their footprint. But I have reached a threshold.

So I have to take the next step. I need to step up because the planet is demanding it of me. I can no longer ignore the information and situation that we, as a species and civilization, find ourselves.

I, Michael Kalmanovitch, am the candidate for the Green Party of Canada. I am running in the Edmonton Strathcona riding. I would rather this be someone else but that is not happening so I stepped up.

I think it will be quite difficult. I am venturing in completely unknown territory. I am challenging myself to engage with people outside of the store. I will be put under lots of scrutinies – and rightly so. (People need to know what they may be voting for.) BUT it is something that has to happen. We need to shift and right now. Sending a Green MP from Alberta will send a significant message to Canadians.

I am scared. Not for my life or that something will be taken from me, but for the biosphere. That space on the earth that provides a habitable, and even comfortable, conditions for life. The space between sea level and around 10,000 feet above sea level. That space where the temperature is between 15C and 35C. That space where there is enough water to supply the population.

Disruption is coming. Disruption is here. The biosphere has absorbed enough of our pollution and we are knocking it out of the stable zone that supports our species. Not smart.

I live in a bubble. Most of the people I interact with on a daily basis live a smaller footprint lifestyle. They drive less, they reuse bags/containers, they eat less meat, they generally don’t smoke, they tend to drink less, they are aware of Fair Trade, they are involved in environmental, justice and social issues but that is not the wider world.

I made a vain and somewhat pleading boast to my son the other month. If people lived more like our lifestyle we would be better off when it comes to environmental collapse. He put his arm around me to comfort me. Very kind of him. Maybe our lifestyle would not have been enough to completely eliminate the threat of ecological collapse but I know it would have brought us closer to the threshold we need to cross to arrive at the future we want to leave for our children and future generations.

We use about half of the energy and water of an average household, the store’s van is driven about 6,000 km a year (our household doesn’t own a motor vehicle).

I started the store to be part of the shift that I thought needed to happen. A shift towards a lighter lifestyle by a large majority of our society. We have and haven’t been successful in this quest. I love that so many people are embracing what we offer through the store but we should either be busier or there should be way more options for people to obtain what we are offering through other stores.

I am not perfect. I could be better but how I live my life is better than the average and I can live with that. The problem is that – there are too many people, governments, and corporations that are racing as fast as they can, whether consciously or unconsciously, to get as much as they can or to hold onto power – at any expense.

BUT we should not assume the full responsibility of climate change.  Big corporations have conveniently and expertly shifted the ‘blame’ onto the shoulders of the average person.  We bought this mindset. We were told that if we did this and that things would be okay.  We bought it as we bought the mindset that we can have it all and now leading us to financial and ecological debt.

As individuals, we can do what we can do to lessen our footprint but we have to ensure governments and corporations step up their game around climate change in a major way and they are not going to do this without a LOT of pressure from outside government and from within.

At the beginning of the 90s, David Suzuki said that this was the turnaround decade. We have not dealt with the ecological debt. We are always focused on the financial debt which is a fabricated system and as we have seen in the past can be disrupted and cause dire effects on many people but the ecological debt is not being addressed and the bill is coming soon. We will not be able to just bail out the banking/financial/manufacturing institutions like we in the last collapse. We do not understand the capital that is required to repay this debt.

We must implement regenerative and restorative technologies and strategies to greatly reduce our biosphere footprint. You know it. Your children will know it.

So, I am taking the next step. Will people join/support me in this effort to shift the path we are on?

What will happen to the store as I take the next step?

I am now 64 years old. I have run the store since 1991. The transition was always towards making it into a worker-owned coop and even if I am not successful in going to Ottawa – this is what will happen. The store will stay in the community and owned by the community.

You can follow me on Facebook and the website should be up later in August. You can become a member of the Green Party of Canada (you can be a member of more that one party at the same time) and if you want to send a donation that would be great (please tick the box that directs it to your local riding). You can also volunteer and request a sign through that site as well.

Thank you – for everything.

What good is an economy, a house, even a life to live – if we don’t have a hospitable planet on which to live?

Earth's General - Waste Reduced Store @EarthsGeneral
2020/01/25 at 6:51pm
One of my customer was in the store today and told me that they had their RadPower bicycle stolen out of secured parkade - cut off all his locks as well with a grinder.
Watch out folks - I think there is a wave of thefts happening.
Sorry for your loss. https://t.co/k0hxnRETgS
View on Twitter 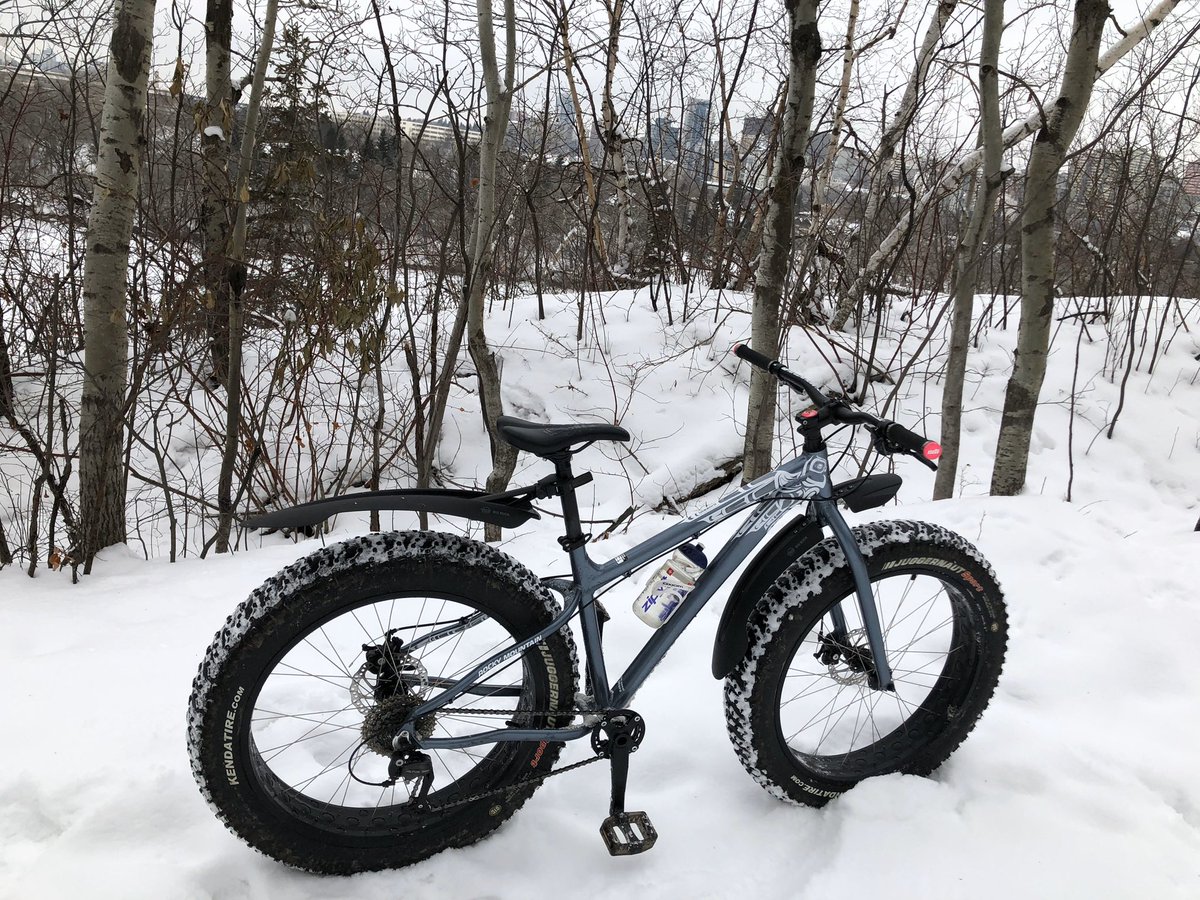 Kaylynn P 🇨🇦 @KP_MD2018
Dear #yegbike. My fat bike was stolen out of my storage locker (they cut the door open), it looks like this. If you see it, please let me know as it’s my transportation, but also my joy. It’s a Blizzard 10 with pink bar ends and stem cap. It had fenders when stolen. 😢 https://t.co/O20ZYIZXR3
3
3